Over the centuries, Black Vermonters have had a profound impact on agriculture, owned businesses, held public office, fought alongside fellow citizens in major wars, and worked to make Vermont and the nation a better place.

Now visitors and Vermonters alike can learn about Black history and heritage in Vermont. The Vermont African American Heritage Trail explores their stories and those of some of their fellow Vermonters. The guide takes visitors to Vermont museums and cultural sites where exhibits, films, tours and personal explorations illuminate the lives of African Americans for whom the Green Mountain State was part of their identity. Visitors meet teachers, storytellers, activists, ministers and legislators who bring this important history to life.

Ferrisburgh’s Rokeby Museum is a stop along the African American Heritage Trail, and celebrates Vermont’s history on the Underground Railroad, helping enslaved people find their way to freedom.  Visitors can tour the home and farm of Quaker abolitionists Rowland and Rachel Robinson and the multimedia exhibit that introduces two fugitives from slavery who were sheltered at Rokeby in the 1830s.

The phrase “Underground Railroad” began surfacing in Vermont newspapers and written correspondence as early as 1840. Evidence seems to indicate Underground Railroad efforts in Fugitives were helped between houses by word of mouth and the strength of Vermont communities, often carrying letters explaining where they came from and what they needed. Many settled in Vermont for good, enriching the state’s communities and economies.

The Vermont African American Heritage Trail introduces visitors to just some of the stories of the people who made their homes in Vermont, including Lucy Terry Prince, America’s first African American poet. There’s also Eliza Healy, who was born into slavery in Macon, Georgia, in 1846, became the first African American mother superior of a Catholic convent, and Daisy Turner, a black woman who fought for justice for her father in court and painstakingly recorded her family's black history. 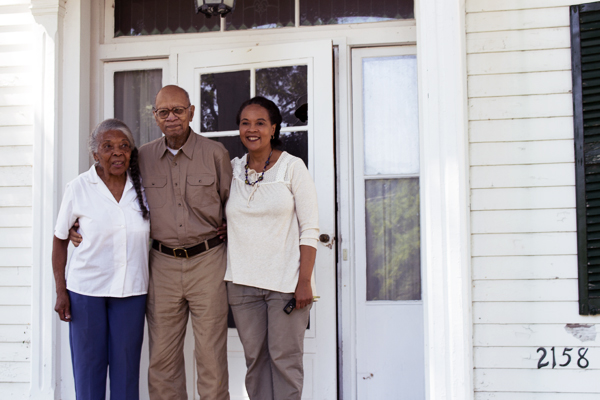 This downtown trail showcases works of marble carved by regional artists, including pieces honoring African Americans who were among the first to fight in the Civil War and Martin Henry Freeman, America's first black college president.

The folklife archive houses the Turner Family Collection, consisting of audio and video recordings, photographers, and histories that detail the life of Daisy Turner, the daughter of ex-slaves who settled in Grafton in 1873. Daisy's captivating account covers slavery, plantation life, escape, the Civil War, battling racism, and creating a family center in Vermont.

Stephen A. Douglas, candidate for US president versus Abraham Lincoln in 1860, was born here in 1813, raised amid the town's early activities in the antislavery movement.

On July 8, 1777, the Constituion of the "Free and Independent State of Vermont" was adopted here. This was the first constitution in America to prohibit slavery, promosing freedom for men over 20 years of age and women older than 17.

Immerse yourself in the remarkable story of formerly enslaved Alec turner, and the family's powerful connection to the land in the hill farming community with visits to the Turner Hill Interpretive Center, Grafton History Museum, and Birchdale Camp at Journey's End.

1905 home of Robert Lincoln, son of the Great Emancipator Abraham Lincoln and president of the Pullman Palace Car Company. The provocative exhibit "Many Voices" features a restored 1903 Pullman car and highlights the story of black porters who played a significant role in the company's success and the Civil Rights Movement.

The exhibit "Free & Safe: The Underground Railroad in Vermont" chronicles the stories of Simon and Jesse, two fugitives from slavery who found shelter in the 1830s at Rokeby. The story introduces the abolitionist Robinson family and explores the turbulent decades leading up to the Civil War.

The UMC was the home church for many Buffalo Soldiers and their families from 1909 to 1913. Soldiers who retired in the area helped rebuild the church after a fire. Their descendants continue worshiping at UMC.

River Street Cemetery contains the graves of eight African American veterans of the Massachusetts 54th Regiment who fought for the Union during the Civil War. The national par offers ranger-and self-guided tours of Woodstock's Civil War and abolitionist history.

To learn more about Vermont’s African American history, check out these books and archives:

The Swift-Stewart Research Center at the Henry Sheldon Museum in Middlebury holds a rich collection of materials that highlight the history of slavery and freedom as debated and experienced by 19th-century Vermonters. Also in Middlebury are the Middlebury College Archives that houses the collected letters of abolitionists Rowland Thomas (1796–1879) & Rachel Gilpin Robinson (1799–1862), and the Vermont Folklife Center’s audio recordings of Daisy Turner (1883-1988.) The Clemmons Family Farm, among Vermont's oldest and largest Black-owned farms, stewards a collection of storytelling and history of the African diaspora in Vermont, and The Vermont Historical Society has culminated a list of people and places that have impacted Vermont’s history, culture, and landscape.

All 22 historic markers, museums and stops on the Vermont African American Heritage Trail are highlighted in this map. Click any for directions. Explore just a few or all 22 as you learn more about the Black Vermonters who made our state great.